This story is part of our exclusive series about Pro Se Litigants. Case: Torres v. Torres 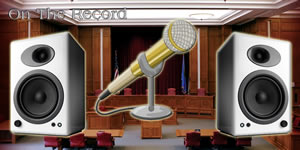 Some of our articles contain facts less than flattering to certain individuals and/or companies. On uswatchdogs.net, it is the facts that matter, not the identity of the person exposing them, nor the status of whom they expose. We always state when something we published was a conclusion based on the facts presented. We always give the other side a chance to respond. In this case, we stated in our articles that, before we officially announced this website and began advertising, they would be given such an opportunity. We gave them that opportunity.

Over the last 48 hours, our reporters have sent emails to the parties listed below, giving them an opportunity to deny any of the statements made about them in those articles. We offered them a chance to present facts that refuted what we published. The only stipulation was that they comply with the standards set forth in our Contribute Page just as the contributors of the original story did. Basically, any claims must be based on verifiable facts.

It was not a stretch to come to the conclusion that if they did in fact falsify their loan documents, that act would have significantly increased the amount of any Federal Grant Jesse Stockwell (Jesse E. Torres IV) received. Federal Grants do not have to be repaid.

Jesse Stockwell, Debtmerica LLC’s founder, like all the others listed below, were advised of our stories and given a chance to respond. We included an offer that we would publish their comments as a featured story, showing that the original story was false, as long as their comments could be verified. We weren’t going to bury the retraction on page 13. See for yourself the emails we sent to then, links provided below.

We know our readers are smart enough to conclude why they didn’t respond.

Here are those contacted, a link to the stories and a link to our email to them.