Pro Se: Hanging By A Thread – The Motion 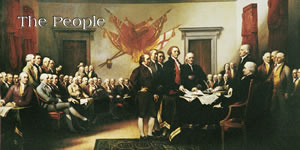 The Pro Se Plaintiffs in the case of Torres v. Torres filed a Motion and Supporting Memorandum in their case where Judge Christopher J. Muse, we believe inadvertently, issued an Order that put the Plaintiffs’ Lives in Danger. We believe that Motion and Memorandum state the facts better than we could.

We decided therefore, to provide interactive versions of their Motion and Memorandum that provide links to the transcripts and supporting documents, and minimum text added to assist the average reader. These links will leave no doubt as to the seriousness of this error by Judge Christopher J. Muse.

For our readers more interested in the facts of this matter, or those who want to thoroughly review all of the pleadings, be sure to see the Supporting Memorandum.

NOW COMES THE PLAINTIFFS in the above entitled action and moves under Massachusetts Superior Court Rule 9D that the Court reconsider the way in which pleadings between the Plaintiffs and Defendants are made. Its current Order, if followed, would put the safety, security and very lives of the Plaintiffs at risk.

It is beyond the power of the Court to knowingly place the lives of the Plaintiffs at risk. While obviously unintentional by the Court, it is the consequence of denying of the “Plaintiffs’ emergency motion to serve the defendants electronically in the same manner and conditions as used by the Massachusetts Court of Appeals for motions, or as they are better known, emotions”, and order that the Plaintiffs disclose their address to the Defendants’ Attorneys.

Our Verified Memorandum of Facts, in support of this motion, is argued as if specifically stated herein. In summary, that Memorandum sets forth among other facts, that the Plaintiff Torres, after having his and Plaintiff Adams’ lives threatened, became an informant to the California DEA on the Drug Smuggling and Distribution Operation of James Kimberly Torres who was known to have been operating with others in Mexico and the United States. He/they were under investigation by the California DEA and State Police Criminal Division. As the specific crimes included drug smuggling from Mexico into the United States, Mexican Drug Enforcement Agencies were also involved.

Specific to the death threats against the Plaintiffs, and their knowledge of the drug smuggling and distribution ring, the Plaintiffs were advised by the California DEA to leave Mexico for obvious reasons, and to not disclose their whereabouts.

It was the actions of the Defendants and arguably this Court, that did force the indigent Plaintiffs back into an area well within striking distance of what, by all accounts and records, was an international drug smuggling and distribution organization. An organization known to possess numerous fully-automatic weapons and hand guns including a 50 Caliber Desert Eagle like the one used on, or by, James Kimberly Torres that killed him.

THE COURT’S ACTION IS INADEQUATE: Considering the facts, ordering that the Defendants’ Attorneys not disclose their address is simply not adequate to ensure the Plaintiffs’ safety. As set forth in our supporting memorandum, it is clearly inadequate to guarantee the safety of the Plaintiffs from this criminal organization known to have been under investigation, and clearly, who blames the Plaintiffs for the death of one of its members.

Our supporting memorandum sets forth facts from the transcripts, record and documented history of this case, that make it clear that Attorney Carter’s and his law firm of Wilkins, DeYoung & Carter should not, and cannot, be entrusted with information that directly affects the safety, well being and lives of the Plaintiffs.

The Court must consider the safety of the Plaintiffs to be paramount. To ignore the threats so well supported, would, intentionally or not, be the issuance of an unlawful order by this Court which could not, and cannot be followed.

The Plaintiffs offer a simple modification which will fully embrace the intent of Massachusetts Superior Court Rule 9A, while placing minimal, if any, burden on the parties, and provide the Court, under the sealed address ordered by this Court, the full compliance with paper 9A package filings.

Every Word Processor now supports saving documents in PDF format, thus providing a simple means of sending documents between the parties for printing and filing with the Court. As Attorney Carter has stated in emails: “Lets save a few trees”.

IN THE ALTERNATIVE, the Court could order one of the following:

THE MASSACHUSETTS COURT OF APPEALS has set the standard that this Court must follow. The Appellate Court did prevent the disclosure of the Plaintiffs Address to the Defendants and their Attorneys and therefore, so must this Court.

WHEREFORE the Plaintiffs demand that: