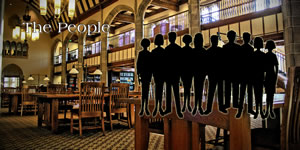 When Judge Christopher J. Muse, we would hope unknowingly, placed the lives of the Plaintiffs, Jennifer Adams and Jesse Torres III, at risk, the Plaintiffs filed a Motion for Reconsideration with supporting Memorandum of Facts.

Reprinted with permission from uswatchdogs.net

Attorney Cindy A. Nuzzolo of the law firm Wilkins, DeYoung & Carter, filed an Opposition to the Plaintiffs’ Motion and supporting Memorandum in the case of Torres v. Torres. The motion in a nutshell, was to prevent Attorneys Jeremy M. Carter and Cindy A. Nuzzolo, as well as the law firm of Wilkins, DeYoung & Carter, from being provided the address of the Plaintiffs who justifiably feared for their lives after death-threats from an alleged criminal organization were made against them. Judge Christopher J. Muse and/or the Barnstable Superior Court Clerks Office never scheduled a hearing for the Plaintiffs’ Motion for Protective Order.

Of note: Judge Christopher J. Muse was overturned by the Massachusetts Court of Appeals in the case of Torres v. Torres.

The Bottom line is, the Massachusetts Court of Appeals, after reviewing the facts supporting the seriousness of the death threats, did not disclose the Plaintiffs’ whereabouts to the Defendants, their Attorneys on file, Cindy A. Nuzzolo or Jeremy M. Carter or their law firm, Wilkins, DeYoung & Carter and did not require that the Plaintiffs disclose their location.

The Plaintiff’s Memorandum sets out numerous facts showing questionable statements and filings, all supported by the transcripts and documents of the case. They argue, and we concur, that these make Attorney Jeremy M. Carter unfit to receive information that if leaked, could get the Plaintiffs killed. The sloppy handling of privileged documents by Wilkins, DeYoung & Carter, documented by their sending copies of their clients’ privileged documents to the Plaintiffs, further make it clear to us that the firm is also unqualified to handle such important information.

It is hard to figure out who the biggest clown in the whole catastrophe of the Torres v. Torres case was. The Judges made numerous errors as to service and law, the Plaintiffs’ motions to protect them from death threats went unheard, eight of the Plaintiffs’ Motions were not marked up for hearing, pleadings and exhibits were not produced during hearings because the Clerk didn’t know the difference in the rules in filing pleadings in response to an Emergency Motion and a Rule 9A package, and the list goes on. And we are just skimming the surface of the complete incompetence by the Barnstable Superior Courts Clerk’s Office and Judges, all well supported in the transcripts.

Defendant Sophie J. Torres is concerned that documents served electronically may not be received by the appropriate party due to computer spam issues, loss of internet access, and other problems beyond the control of the parties hereto.

“he [Torres] describes cases such as the one before the Court as an ongoing international criminal conspiracy that was directed at the plaintiffs on or about May 11, 2001 and has been successful in threatening the live of the plaintiffs. It talks about his, I believe great uncle, another defendant who I don’t represent, as being a head of a drug cartel” – [Trans B, Pg 13, Lns 13-17]

Conversations with the DEA left little doubt that, while unable to prove it, they were suspicious Donald Torres was the source of, or contact, or knew who, supplied the drugs for his son’s distribution network.

Further, it was discussed that Donald Torres was the beneficiary of numerous “toys” like Sea-Doos, three wheelers and quads stored at his house. These included those allegedly owned or gifted by James K. Torres and the Defendant Jesse E. Torres IV, also part of a small group that had bought the home across the street from Donald Torres, a house which was left vacant.

The following are the facts from the Plaintiff’s Memorandum. You decide if there is a threat to the Plaintiffs:

Be that as it may, the following facts would have been made known to the Court over two years ago if our Motion For A Protective Order had been heard:

Do Attorneys Jeremy M. Carter and Cindy A. Nuzzolo hope to once again get a wink and a nod from Judge Christopher J. Muse with their claims? Now that James Kimberly Torres is dead, they don’t argue that there is no threat, but that there is no longer a death threat. Ms. Nuzzolo, once again, a drug organization implies more than one person. Read the complaint. You know, the part where it was to be carried out by that “gang of one”, Hell’s Angles.

We’ll continue to follow this story and we’ll bring you updates as we receive them.

Be sure to visit the newest members of the Freedom Network, optimataxrelief.biz and jessestockwell.net.