We finally seem to have our new security system working as planned, and now have the motions promised with our story: Judge Christopher J. Muse: Are the wagons circling at Barnstable Superior Court? available now. 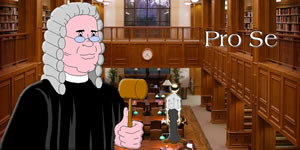 The Motions were filed in what has become a firestorm around a case in Massachusetts Barnstable Superior Court. The case, Torres v. Torres, involves the Barnstable County Superior Court Clerk’s Office, Judge Christopher J. Muse and an Unknown Judge, many of whom have been accused of bias and whose actions have violated not only the Plaintiffs’ Civil Rights, but also purport to defy the Massachusetts Court of Appeals, which overturned the decision from the lower court made by Judge Christopher J. Muse.

The Massachusetts Court of Appeals took the unusual step of allowing the Appellants to argue their Appeal by telephone, after the Appellants argued that the very order issued by the Barnstable Court was a major factor in their being wrongfully evicted and the reason they were now thousands of miles away and without the funds to return to Massachusetts. A valid argument when you consider that the order was overturned by the Appellate Court.