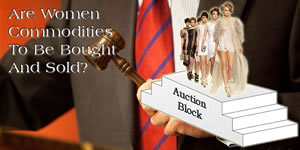 The Defendant Debtmerica’s Managing Partner, CEO and Founder is named, “Jesse Stockwell” or “Jesse E. Stockwell”, according to Debtmerica’s Senior Management webpage. Yet, not too long ago, this same person was listed as Jesse E. Torres IV on this very same webpage. Check out the Get Out Of Debt Guy’s review of Debtmerica under “Management” to see the erstwhile Jesse E. Torres IV. The question to be asked is: who is Jesse E. Stockwell and why in the world did he change his name? We’ve done a little research on Jesse E. Torres IV (Stockwell appears to be his mother’s maiden name, A.K.A. Joanne Stockwell/Torres, Joanne Stockwell, Joanne Torres) and our research led us to the following conclusions:

It is undisputed that Jesse has available to him now a viable action in quantum meruit. Because the contract specifies that Jesse’s damages will be the very monies and interest he loaned to his parents…

Already Uncovered: Hard to find public email addresses that are now missing from the Contact Page at the  Debtmerica LLC Website. After all, in fairness, you should get their side of the story.