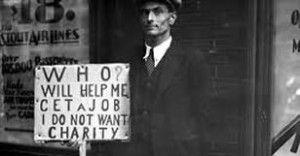 We became aware of the debt industry through our series on Pro Se litigants. In our featured case, Torres v. Torres, one of the Defendants was Debtmerica LLC, whose website claims to be a debt consolidation alternative. Debtmerica’s Founder is Jesse Stockwell, aka Jesse E. Torres IV, who is also a Defendant in the Torres v. Torres case.

To be honest, we were at first apprehensive of the R.I.C.O. charges filed against the Defendants Donald Torres and his grand nephew, Jesse E. Torres IV aka Jesse Stockwell. Then we reviewed the documents. Within those documents we read about death threats to be carried out by Hell’s Angles, Automatic Weapons, the California DEA and State Police Criminal Division, The Mexico Federal Attorney’s Office, the list goes on. After his life was threatened, the Plaintiff in the Torres v. Torres case, Jesse E. Torres III, became an informant to the DEA on the Drug Importing and distribution throughout the United States by members of his family. And then there was the death of James Kimberly Torres from a gunshot wound to his head from a 50 Caliber Desert Eagle. That pretty much convinced us that the R.I.C.O. charges and death threats were a reality. How about you?

Again, to be honest, we still had doubts about how Jesse Stockwell, a Wharton Business School Graduate, could get himself into a mess like that?

Debt Backs: Our mostly senior citizen volunteers really started digging and what we found both scared us and got us really angry. As this is a multi-part story, we will just mention one of the many things we uncovered. Jesse, to whom we wanted to give the benefit of the doubt, recently opened a new company, LoanNow LLC. They charge 49% to 189% interest, or should we say vig, to their clients. You are free to form your own opinion, but there is no question in our mind that Jesse targets those who can least afford it and has become filthy rich doing so. The term we’ve heard used to describe these unknowing targets by the “debt relief” industry is, “Debt Backs”. We’ll let you decide why.

The Mob: Even the Chicago Mob is going to buy one of Jesse Stockwell’s books he claims to author on his website, jessestockwell.com. I guess they taught a whole lot more at the Wharton School of Business than we thought. Do they hand out Tommy Guns rather than diplomas at graduation?

Proactive: What we have uncovered while researching Jesse and his companies is pure greed at its worst. We at all of the Freedom Network Websites are going to get proactive on Jesse and the whole dirty debt industry. It’s all one big scam, no matter what they call themselves, nor whether they’re about taxes or credit cards. We are producing software for those in debt and others who feel that they have been abused by the debt industry, so that they may easily file complaints with their state attorney general against these debt vultures. We hope that this will result in each state’s Attorney General filing their own lawsuit modeled on the lawsuit brought by the New York Attorney General where Debtmerica LLC paid $200, 000 and Freedom Debt Relief LLC, who was working with Debtmerica LLC, paid over $1,000,000 in restitution and costs for what the Attorney General called “predatory practices” against so many poor and disenfranchised Debtors who could least afford it. We will close part one of this series with a story.

Once upon a Time: Here is a story, purely fictional, written about  Jesse Stockwell’s various companies’ history and how they all seem to tie together.

Do you feel you have you been a victim of a Debt Company, Tax or Credit Card, no matter? Be sure to see our exclusive story on Getting Your Money Back From Debtmerica LLC? which applies to all of these companies.